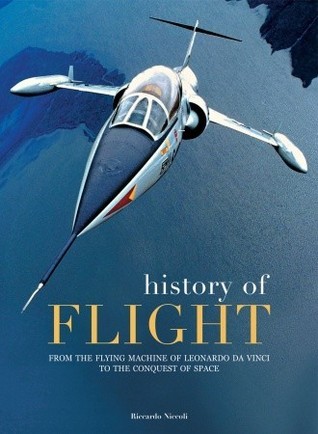 Packed with photographs and technical information, each of the books 25 chapters is dedicated to a particular event or type of aircraft, with descriptions of its features, its different models, and its operational history. From the earliest endeavors by such forward thinkers as Leonardo da Vinci and Clement Ader to the first forays into flight by the Wright Brothers, Louis Bleriot, Henri Farman, and Glenn Hammond Curtiss, and from dirigibles to helicopters and the Space Shuttle, the many anecdotes and accounts of the aviators themselves will stimulate the curiosity and imagination of all who have ever dreamed of discovering the freedom of the skies.

Chapters devoted to World War I, World War II, the Korean War, Vietnam, the Arab-Israeli Wars, and the Gulf War and Kosovo trace the evolution of fighting aircraft and provide fresh insight into the role aviation has played in these major world events. From the first jets used in the Korean War to the superbombers of the new millennium, History of Flight documents the technological advances of each generation and looks ahead to the future of aviation. History buffs and aviation enthusiasts will appreciate the spectacular photography and fascinating historical perspective of this handsome book.

Comments
Comments for "History of Flight":