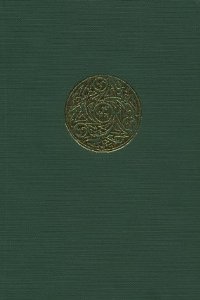 This late eleventh-century text contains a record of the legendary history of Ireland. John Carey, who provided the Societys five-volume edition by R.A. S. Macalister with a new introduction in 1993, described the text as a sweeping, unified account of the origins of Ireland and of the Gaels, extending from the creation of the world down to the time of writing. Originally consisting of a collection of poems by several writers, the author fitted these into a prose framework which paraphrased and elaborated upon the verse.

And as John Carey also stated, while Macalisters edition has been deservedly critized for its many faults, and not least for its lack of an index, it continues for the present to be an indispensable work for all interested in this enormous repository of tradition.This volume starts with presenting the Fir Bolg Invasion, focusing thereafter on the godly race, The Tuatha Dé Danann, its main figures such as Lugh, Dagda or Bres, and their conflict with the other invading race, The Fomorians.

Comments
Comments for "Lebor Gabála Érenn: The Book of the Taking of Ireland, Part IV":